Designing the Characters of Bantam West

How do you make a character come to life?

I found myself repeating this question in my head. I had dabbled in creative writing before and grew up sketching goofy characters, but this was my first time attempting to breathe life into a fully fleshed-out character. This was the approach I took in my attempt.

Be advised: By no means are these official guidelines for creating characters, this is just my home-brewed approach!

I started by deconstructing what makes up a character. They are recognized by their looks and personality. But what makes up someone's looks and personality? People are shaped by the culture that surrounds them. I then took a step back and realized I had to create each character's culture. Since the game takes place on an entirely different planet, all cultures had to be created from scratch. To have that level of creative freedom was a bit too much fun, but at the same time, it was almost too open-ended. Where would I start in designing these cultures? After yet ANOTHER step back, I realized that culture is shaped by location, geography, weather, lifestyle, history, and economy (or something close to that). Okay... so now the map would have to be designed so that the cultures of each region could be defined and thus the characters would be born! Phew... quite a bit of work ahead of me, yeah?

Now, a character could originate from a particular region, so I would pick a region and think of a tragic story... after a month or two of work, I was left with four highly detailed characters that I felt I knew personally. Once I found the right artist, I could hand off each character's backstory to them, briefly describe their physical attributes, and send a few reference photos. At that point, we were cooking with gasoline!

The character artist, Thanh Tuan (link), would receive all of the information for each character then send me several preliminary costume sketches. After the costume sketch was chosen, Tuan would send me the tentative poses. After the poses would come the first color pass. A few emails would be sent back and forth refining the color pass, and two weeks later would arrive the final product! Below you will see the progress sketches that won each phase of the design process... 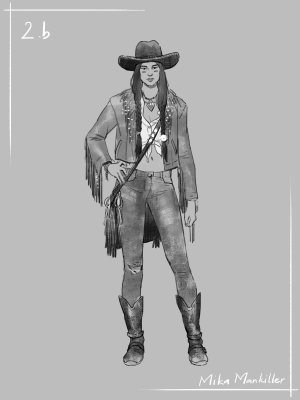 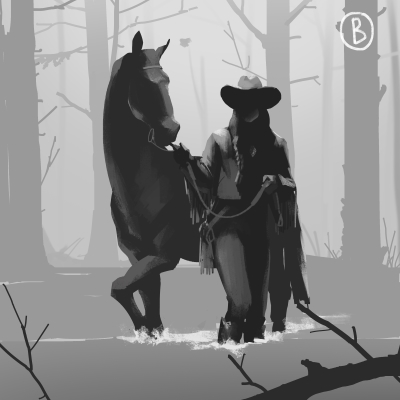 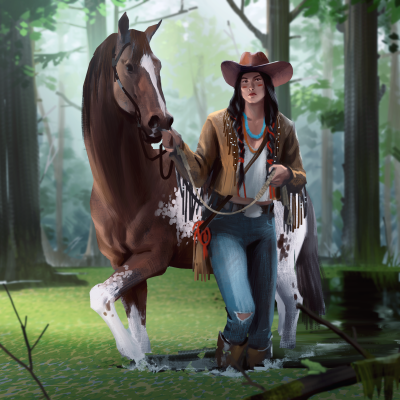 If you would like to see the final product and learn more about Mika Mankiller, go read the first installment in the "Four Deadly Strangers (link)" blog subseries.

The overall focus for our character design process was to bring to life a person that you feel as though you personally know. Players won't learn too much about each character's back story while playing Bantam West, as the base game offers a competitive challenge wherein players create their own stories rather than a prescribed narrative or campaign experience. However, the future of Bantam Planet holds many secrets to be unlocked in due time...