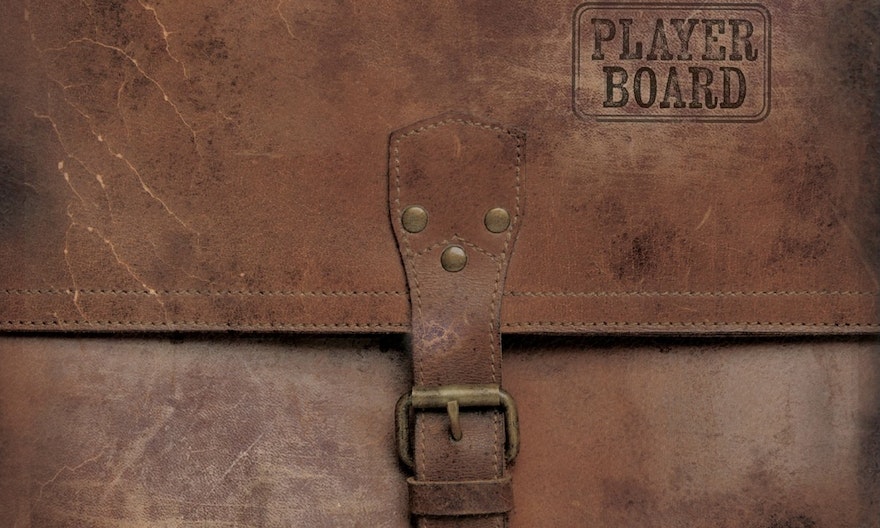 Each player has their own character-specific Player Board. The boards were designed to make the player feel as though they were their character, looking at their own desk. It is cluttered and marred with accents of their character’s personality. It acts as the hub from which your entire game is controled. It allows you to track your health, skills, posse, inventory, cash, score, endeavors, and much more. 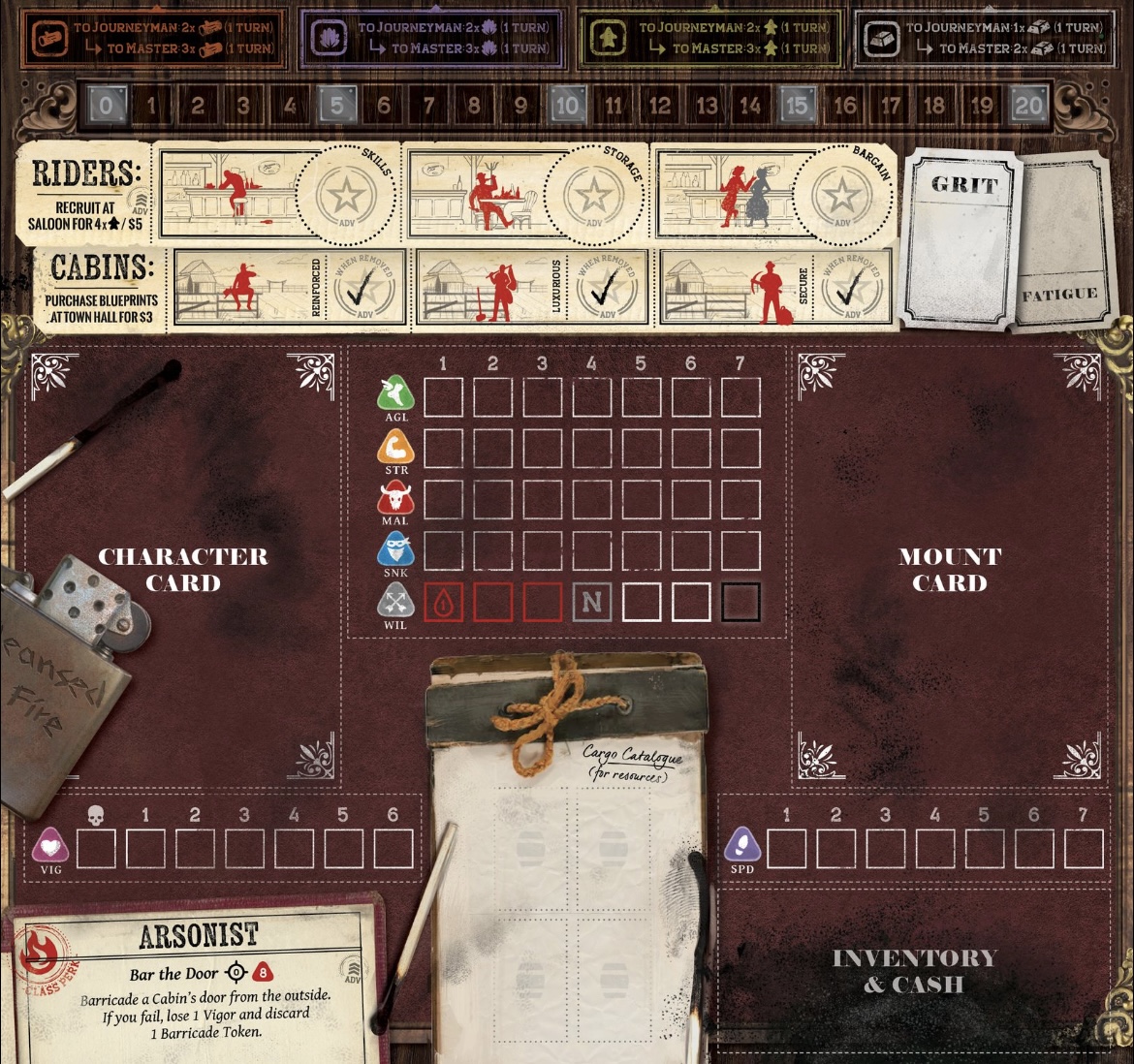 Along the top of the Player Board are slots for each Endeavor Card (Logging, Foraging, Hunting, and Mining), a Score Tracker, and four tickets. There is a Posse Ticket, a Cabin Ticket, a Grit Ticket, and a Fatigue Ticket. The Posse Ticket is where you place Rider Tokens that you recruit at the Saloon. The Cabin Ticket is where you track the 3 cabins that you can build. The Grit Ticket is where you keep your 4 daily action tokens (known as “Grit”), which are little cans of Green Gal Tobacco, or on the reverse side Radcliffe Coffee. It is completely up to player preference whether they want to use tobacco or coffee as their form of daily energy.

In Bantam West, my goal is not to make the players feel like a stereotypical unstoppable, over-powered action hero (even though that does happen at times haha). My goal is instead to make the player feel like a real-life leader that is working hard to take charge of their own enterprise. The player should feel like they are building something from the ground up. Win or lose by the end of the game, they should look at what they’ve built and feel proud.

…even though winning always adds a sweet touch to the experience!